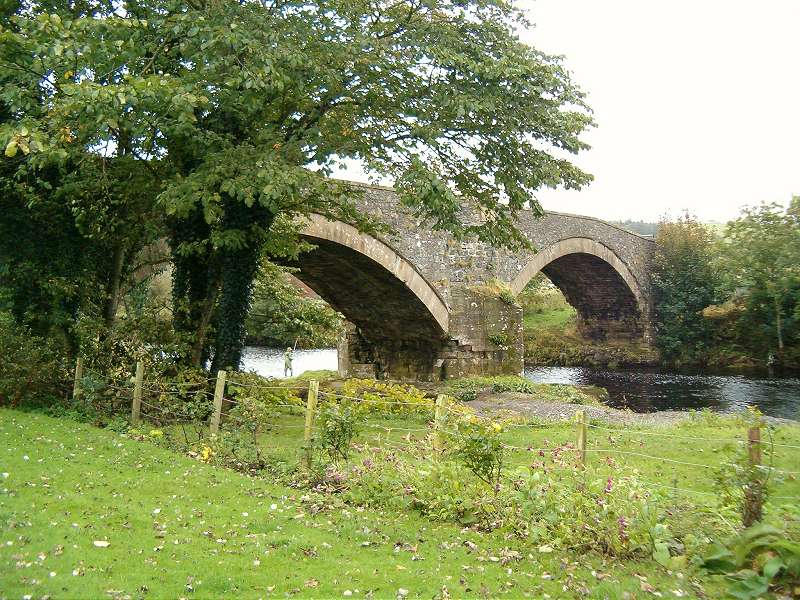 The River Stinchar has its headwaters in the Carrick Forest to the north of the Galloway Forest Park, and only one kilometre from the source of the river Girvan. It has a main drainage course of 54 kilometres and from its source initially flows north before turning south westward through Barr, Pinwherry and Colmonell to enter the sea at Ballantrae. The river has a catchment area of 253 square kilometres, which includes the main tributaries of the Muck Water, the River Duisk, the Water of Tig and the Assel.

The upper reaches of all four waters are in an area which has experienced rapid forestry development over the past twenty years. Forestry development has brought with it the twin problems of acidification and rapid run off. The Stinchar, basically a spate river, now experiences flash floods, which trigger large movements of gravel. Other significant land uses are mainly associated with agriculture.

Fish species found in the Stinchar include salmon, sea trout, brown trout, eel, mullet, flounder, stickleback, minnow, sea lamprey, river lamprey and brook lamprey. Catch data is limited, but shows that the total salmon catch from the river has declined since peaking in the late 1960s. The decline was particularly rapid from 1990-1999.
Throughout the 1950s and 60s the sea trout rod catch was also particularly healthy, although this has also dramatically declined, with sea trout rod catches now at an all time low. The huge number of returning fish in the 1960s suggests that the river may well be capable of producing a greater number of salmon and sea trout than it currently does.

Survey results from 2003 show that of all the major rivers in Ayrshire, the Stinchar supports the highest population densities of juvenile salmon and trout. The number of eels found in annual surveys is also notable, at a time when this species is also facing decline across its range. This is likely to be linked to the low level of urban and industrial development in the catchment, which has meant that habitat and water quality in the Stinchar is generally good.