The last week of August things really got going with plenty of water
and good numbers of fish coming in. On one day both Knockdolian and
Dalreoch rods had over 20 fish each with one rod on Knockdolian
landing five fish from the Scaur at 14, 14, 10 & two at 6lb. Paul
Mortram popped out one morning and had 3 fish in 40 minutes from
Dalreoch’s Battery Pool. Kenny Gibson has a Friday rod on Balnowlart
and on 1st September he landed 7 then 3 on his next two visits. The
last few days of September things have slowed down a bit and anglers
are having to work hard for a fish as they seem to be able to move
upstream as and when they please due to the high water. October can
be a very good month providing we don’t get too much wind or frost
resulting in the river being choked with leaves. Anglers are
reminded to return all coloured fish and the board would like all
hen fish returned in October. The board would also like to ask all
anglers if using rapalas to only use one hook.

During the 1st half of August the only sport was on
the bottom tidal reaches at Ballantrae bridge, where the tenants
picked away in difficult conditions and some had up to 6 for their
week. As the month progressed grilse started to build up in
considerable numbers.
On Friday 18th we had a small rise about a foot resulting in
shifting the weed and leaving the river very dirty, however a few
grilse were caught as far up as Dalreoch. On Sunday 20th the heavens
opened lifting the river by three foot. It was late afternoon before
the river started to clear and the best of the water run off during
the hours of darkness. Most of the fish caught were small sea liced
grilse some struggling to be 3lb.
Dalreoch had a few double figured fish which were all returned as
they probably entered the river in late May or early June. Willie
Blane fishing the Balnowlart stretch on Tuesday 22nd August had a lovely fish of 10lb straight off
the tide. It is to be hoped that we now get frequent rain in order
to keep the river in perfect condition.
Hoping to have a good season in September.

On June 23rd, after a 2ft rise in the river, the Almont beat
produced the Stinchar’s first fish – a
fresh run 10.5lb salmon, closely followed by two more of
13.5 & 16lb. Bardrochat beat had two at 10 & 12lb, Colmonell Angling
Club had one of 5lb [probably a large sea trout] and finally three
on Balnowlart between 8 & 11lb. There were reports of a number of
sea trout landed and returned.
The water has dropped back to summer level now and apart from a few
sea trout anglers out at night there is only a little angling
activity. Look back here for
more reports when sport picks up again! 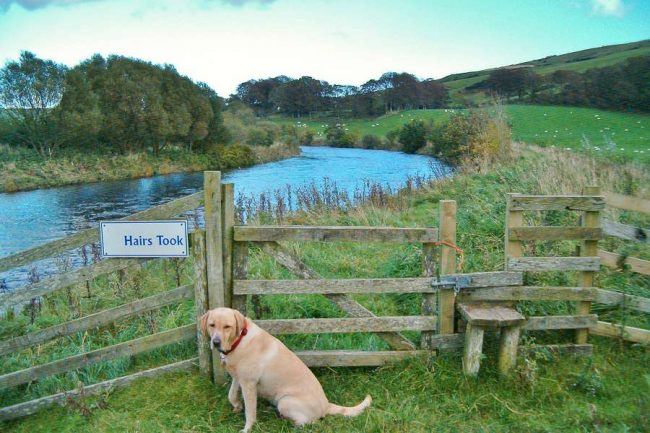