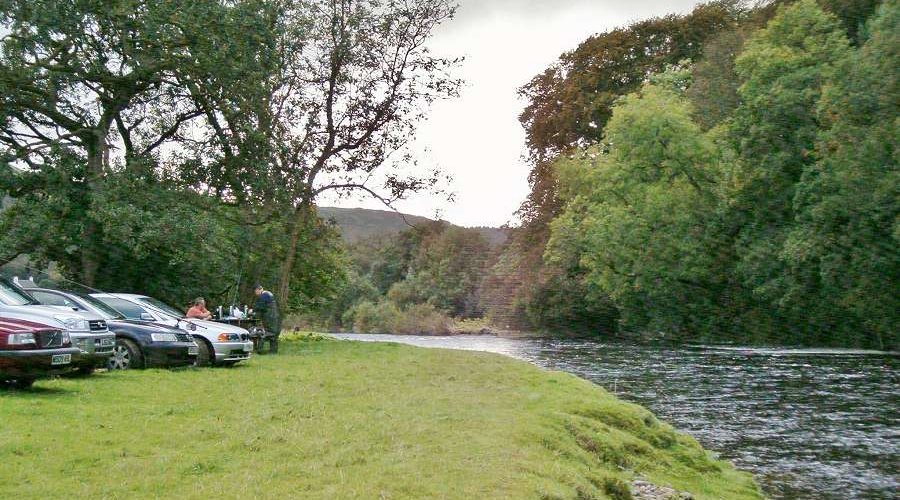 August was a very difficult month with only the very odd freshet. Dalreoch faired best with a few Grilse as did Balnowlart but overall the fishing was very slow.
September started the same with very low water until Sat 7th heavy rain in the morning lifted the river by 2ft. This was very slow to clear and only a few were caught above Colmonell on Bardrochat and two Grilse at Minuntion to Eddy Smith.
On Monday the 9th Knockdolian had a full complement of rods for the first time this season and although the water was down to 1ft 9in the rods were encountering fish,13 by the end of the day.
Within 10 mins of starting in the Twins, John Hall, a Knockdolian regular hooked into a very large fish. He then landed it 30 mins later. It was a hen fish which measured 44in long and 24in round the girth and was caught on a small double shrimp fly. The fish was killed but never properly weighed only an estimation of 36lbs.This is a magnificent fish, the largest for many years and it is very sad John choose to kill it. I personally detest anyone killing large fish and will be proposing measures to protect such fish at the next board meeting.
Gordon Hyslop 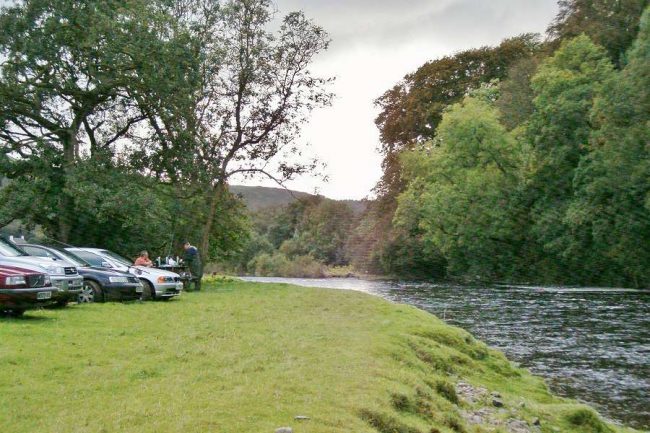