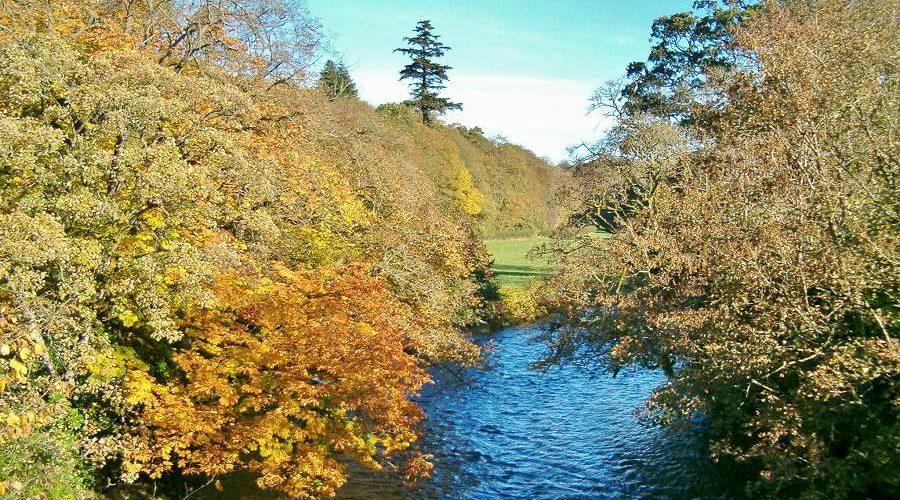 I would like to welcome you all to this year’s AGM of the River Stinchar Fishery Board. It is important that these meetings are well attended so that those who have an interest in the river can keep abreast of what the Board has been doing on their behalf in these challenging times. Both the natural climate and the political climate are in flux. We are seeing changes coming from both these quarters which will have a long term impact on the traditions, pastimes and pleasures enjoyed by you in this room and the wider community.

The 2015 season was much anticipated. The previous year’s catches had been back from their 705 rod caught ten-year average. Things could only improve. ART were telling us that the river was in good heart. Par and Fry numbers were the best in any of the south west of Scotland Rivers and the water quality was excellent.

Like in so many other parts of the country, spring fish are proving to be a rarity, however in July grilse and Salmon were beginning to appear. During August fish were being caught and some good days sport were being had; Gordon Hyslop catching ten fish to his own rod that month.

Are others noticing the river now running very dark, Guinness dark during the summer months? Is this contributing to why fish seem no longer to congregate in the lower Beats on the river, in particular, under the Bridges at Ballantrae?

Subtle changes seem to be affecting the pattern of fish behaviour on the river. We need to understand why this is occurring and whether to catch fish our fishing methods should change e.g. fishing when the water is low with lighter tackle?

September came but the rain did not. Six weeks went by before rods of any number were seen out enjoying themselves. Regrettably the season was turning out to be even more disappointing than the previous one. Seatrout figures were reasonably encouraging but salmon and grilse seemed to be in short supply. It was only once the catch returns began to come in that we realised quite how dire the situation was:

Not for over 20 years have we had a season as bad. Only 47.8% of the ten year average had been caught. It was small comfort that we were not alone in our disappointment. Statistics of the same sort were being compiled all over Scotland. All this brought to the surface another question that needs to be answered: Are worse things happening at sea?

Our role as your Board is to manage, nurture and encourage responsible practice on the Stinchar. All we can do is to continue to improve on our excellent Catch and Release figures which are better year on year. This Season’s guidelines clearly state what the obligations should be for all Anglers fortunate enough to enjoy these waters.  ART’s services continue to help us monitor and check the health of the water and the environment. Riparian owners are regularly encouraged to maintain their riverbanks and burns whilst at the same time keeping accurate records of catches.

Tom Lothian and the rest of the Bailiffs are on hand to uphold good practices and to watch out and tackle troublemakers. We must not let the weather get us down. In this age of instant reporting bad news travels fast. Let us make it our business to talk up the delights and pleasures that are to be had in this beautiful valley. After all, the first fish of this season has already been caught an 11 pound salmon at Dalreoch by Gordon McDermot.

Now for matters away from this green quilted landscape, which are likely to have considerable effect on us all.

As Chairman of this River Board and in fear that our days are numbered, I am looking forward to the introduction of FMO’s as much as a turkey looks forward to Christmas.  Whilst this process is underway I resent being asked at the same time to plan the menu.

As a Board we are not alone in feeling imposed upon, misunderstood and badly represented. There has been an assumption made by Politicians that Boards such as ours are not fit for purpose and that the data we produce is not to be trusted.

Our job has been to nurture our stock and the river’s environment within our means, in the interest of anglers and the wider community. This we have done over many years helped considerably by volunteers and local good will. At the same time a process of education and enlightenment has been adopted embracing current practices and obligations. It has been a great asset to the Board being able to call on scientific advice from an independent River’s Trust. Delivery has been via cooperation of Riparian Owners, other statutory bodies and volunteers, all for a price of £17,000 a year.

Recently we have been inundated with forms, surveys and regulations. Why are we being asked to comply with these when in doing so we are writing our own death certificate? How can we have faith in a system that in our case has wrongly designated our river? The cumbersome bureaucracy of Government has insisted on making its calculations via districts rather than via rivers. FMO’s we all know will over complicate the system and be expensive to administer. Whoever manages Scottish waters should stick to matters aquatic and not be drawn into organising an adventure playground. Let’s not be under any illusion what motivates Politicians to involve themselves in these affairs. It is a desire to centrally control and in the process curry favour with their ill-informed supporters by riding rough shod over our land and hard earned traditions. If only our Association, had stopped flashing a red light and instead stepped into the road in front of this expensive juggernaut.

As far as I can see all that is needed is a rigorous form of fishery inspection to liaise between Government and accountable local Management, ensuring that all Boards are doing what they are set up to do. In cases where situations need to be addressed there should be sufficient power and authority to intervene. This meddlesome Government has waded into deep water and are in danger of filling their boots. I for one, would not jump in to save them were they to head off down the swanie!

I would like to thank the other Members of the Board, Stuart Brabbs and the staff at ART, Tom Lothian and the Bailiffs, Austin Thomson and Angela McFadzean and last but very much not least, my dear wife for reading out my report!

New Code Of Practice – 2016 Finally we have some proper rain