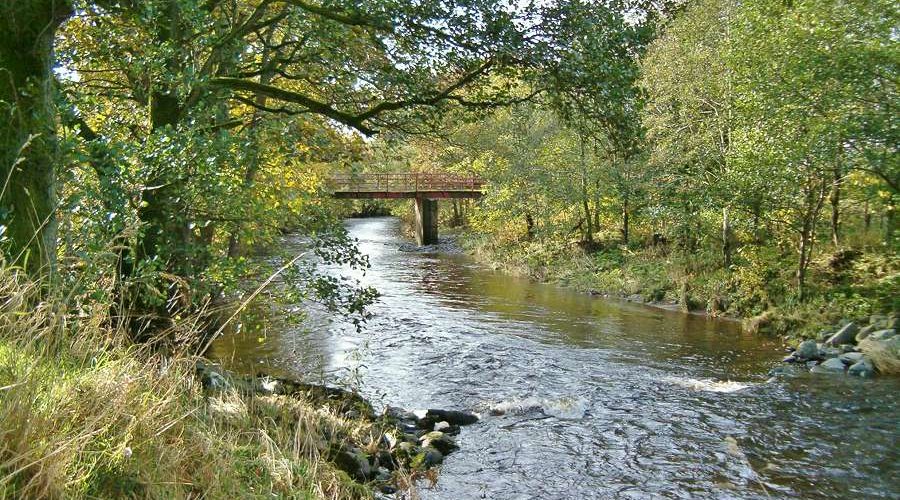 Ballantrae Bridge and Balnowlart are getting a few fish, around a dozen each for the week which is poor for the time of year.
Knockdolian had 27 both weeks commencing 9th and 16th September. Stuart Cronans party had 16 for the week; Mr Cherry’s party had 7 inc fish of 14 & 15lbs and a few sea-trout. Marshall Garret landed two at 14lb and a grilse from Shakieston on his first visit to Knockdolian. Ross Mc Culloch had two from Maggie’s and Mathews, the best being 11lb. Neil Mc Pherson had two at 14 and 15lb from Bankweil. Mr Holmes’ party had a 15lb from Shakieston
On the Club water, Les Howarth had three fish, Robert McIlwraith one at 8lb and I also had a report of another fish landed and returned in the mid 20s. This was caught by George Grimmison at the tail of the Bridge Pool. Stephen Challis had a fresh 5lb fish which he returned. Craig walker, Alexander and Sandy Wilson were also successful with a Grilse each
Kirkhill had sixteen for the week; Colin Douglas, John McColm, Bruce Hamilton and Tom Wallace all had two each. Owen Samson had 4, best being around 14lb. They also had 15 seatrout and all fish were returned. Wm McCutcheon also played a large fish but unfortunately lost it after a short time.
On Bardrochat, Archie Bryden had two grilse and an 11lb fish. Billy Gracie two fish, best 9lb. Paul Hainey had three fish from the Dub, biggest of which 17lb. Ian Gourlay also had a couple from the corner pool, best being 12lb.
Dalreoch beat has had plenty of action. Willie McNish had a brace of 6lb fish from the Grey Stanes. Jim Smith had one from Hairs Took of 6lb and another from the Battery, 15lb. Jim Frew also had one at 6lb from Hairs Took. David Cook had a 6lb fish from the Gunners; Mike Allan had three from Hairs Took, best being 15lb and another at 6lb from Dangart. Mike also had a huge 25lb cock fish from Hairs Took. James Sneddon had four all around 6lb, Victor had a 10lb fish from the Doctors and one at9lb from the Smiddy. Jamie Turner had 3, best 10lb, John McCulloch had a couple from The Doctors, both 6lb and Brian Robb also had a 5lb fish from the same pool. Bill Dungavel had six from the Smiddy, best of which were one at 12lb and one at 16lb. Chris (surname unknown) also had his first ever salmon from the Smiddy weighing in at 9lb. Gordon MacDiarmid had a 15lb fish from Hair’s Took while the estate owner, Lord Douro had two fish, one at 12lb from the Grey Stanes and one at 6lb from the Craig. Patrick Kensell had one at 5lb from Kelly’s, John McCulloch 5lb from the Doctors, Alan Scott 5lb Dangart and Paul Hainey, 5lb from the Willows.
From the Hut Pool on Almont, Simon Littlejohn had a 6lb fish and Adam Cairns had one at 12lb. From The Flats, Colin Hyslop had 2, best 9lb, Billy Morrison and his brother had three between them, biggest 8lbs, while Ryan Dunn and Steven Reid each had one around 9lb. Johnny Gaff had a 20lb hen fish from the Hut Pool and a 6lb from The Flats. Mr Blackwood also had two fish, 12lb from the Hut pool and 6lb from the Flats.
Hallowchapel did well when we had water. The best fish here, being 18lb by Mr Hopely.
On Minuntion, keeper Douglas Faulds had one at 10lbs, Paul Parker had a couple whilst Johnny and Jack Warrender had three between them, the best of Jack’s being 14lb.
Stincharlad 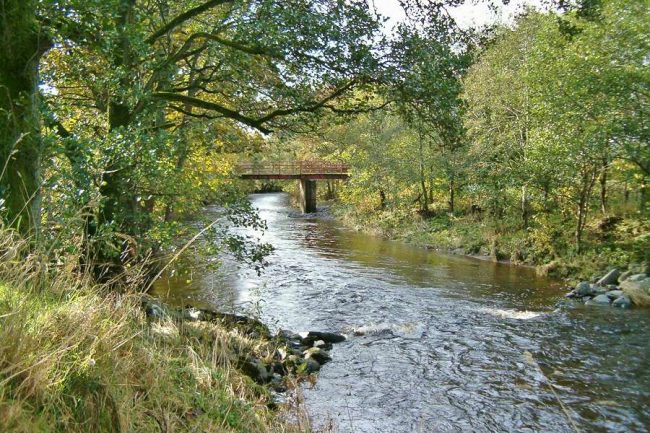