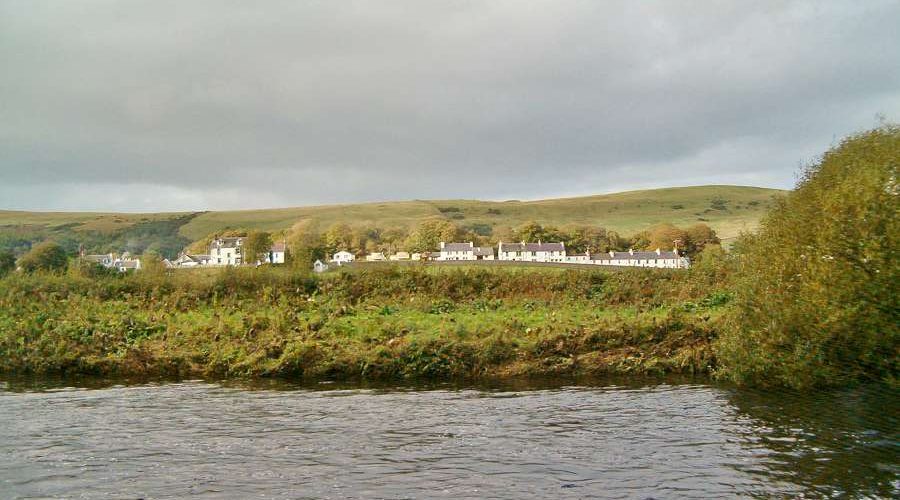 River Stinchar report, week ending 17th August 2014
The season so far on Stinchar has been a non-event really. It seems so long ago, Les Howarth got us off the mark with his fish on May 8th then again on the 20th.
Since then we had an incident of fish dying in the river. A few were noticed above Colmonell towards the end of July during the hot weather, and by Fri the 25th there were many fish dead. Hundreds of Parr, numerous Whittling, mature Sea-Trout and a few Salmon.
SEPA were informed along with the biologists from Ayrshire Rivers Trust and they were in attendance on Friday and Saturday to try to establish the cause. As it happened at the weekend, no water samples were taken until the Monday as they wouldn’t have been analysed until then and the samples from Friday would not be of any use by Monday. So much for their emergency procedures!
The findings were oxygen deprivation due to the hot weather. Water temperature was 23 degrees on the Friday when SEPA arrived. The report is on the Ayrshire Rivers Trust web site if anyone wishes to read it. I would have liked to have had the water sampled straight away as it rained all day on the Sunday no doubt cooling and introducing some fresh water to the sample to be analysed.
I also find it very strange that only the section from the middle of the Dalreoch beat down to the bottom of Knockdolian seemed to be the area affected. I would have thought it would have been the whole of the system, if indeed this was the problem. One thing is for sure, the river has lost valuable stock, both for the present and the future.
On to the fishing now, and currently things are very slow. We had two feet of water on Monday August 4th and a few fish were encountered, mostly coloured.
Robert Dalrymple landed a small Grilse struggling to be 4lbs at Ballantrae, Almont & Dalreoch had 3 between them and one small grilse at Hallowchapel.
Week beginning 11th we had good water all week and catches didn’t really improve greatly.
Ballantrae had 4, Balnowlart 2, Knockdolian 2, Bardrochat, Dalreoch and Almont 10 between the three beats, Hallowchapel 2, Minuntion 1 and Knockeen 1.
A poor return for the time of year. What’s gone wrong? Where do I start!
Firstly (and this is only my opinion). It is really only the first spell of water we have had and it has been heavily peat stained with lots of “froth” on the surface (like sweetheart stout) the fish never really want to play in these conditions. Many anglers on the lower river are convinced there are very few fish about. This would appear to be the case as I have fished most evenings and have still to see a splash never mind get a pull. However I think it is still early days to be declaring the disaster many of the prophets of doom have already succumbed to. There is no doubt in my mind we no longer get the runs of fish seen in the past and the last few years seem to have dipped considerably.
I recently attended one of the round table meetings organised by the Wild Fisheries Review chaired by Andrew Thin (retired chairman of SNH). I suggest you Google the above and read their monthly bulletins and see what they are proposing for the future of our sport. I also suggest you write to him with your concerns for the migratory fish or rather the lack of them before they start introducing their national levy (rod license) and also a local levy which no doubt can only push up the already expensive Salmon fishing. One thing which really concerns me is the abolition of the district salmon fishery boards. Love them or loath them, no one is going to convince me a “local” fishery organisation made up of a number of people who have probably never even heard of the river Stinchar is going to improve anything on the fishing front for our river.
Hope to be wearing my happy face by the next report 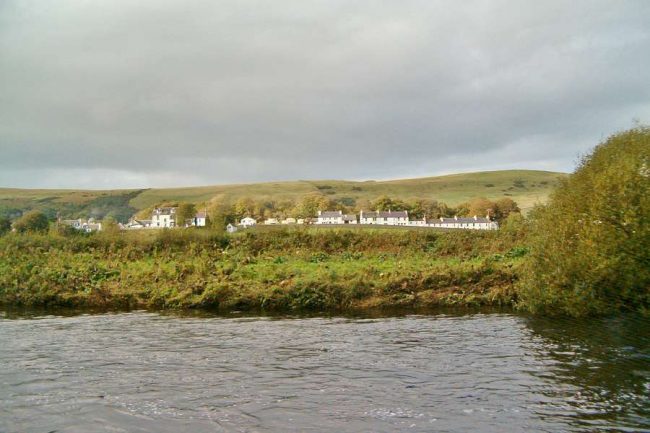